Advertising on Blackberry Messenger in Nigeria

You are here:
AdvertisingBlackberrySocial Media 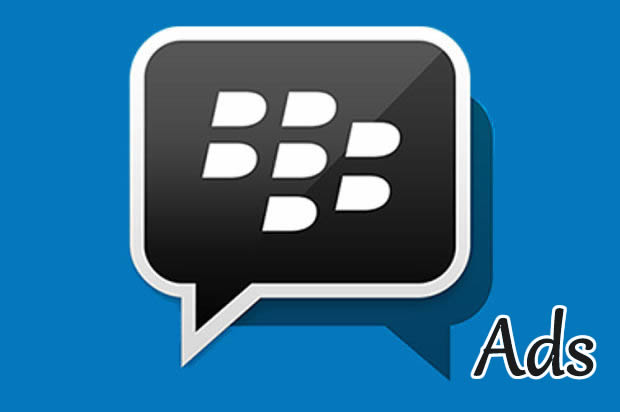 I have noticed and I’m sure that other Blackberry Messenger (BBM) users on various mobile devices such as Blackberry, Android, Apple and Windows devices have been seeing ads either in bbm channels or feeds as Featured Placements, Sponsored Invites and Sponsored Posts.

By March, 2014, it was announced that Blackberry Limited will start placing ads, as a monetization strategy, but will be restricted to bbm channels and feeds.

Based on the negative reactions gottens from Blackberry Messenger users, Blackberry Limited introduced a means by which the ads can be removed, through subscriptions.

After upgrading to the latest BBM, you’ll see a new section in the BBM Shop – Subscriptions. Subscriptions are additional purchasable BBM features that are based on a recurring fee. There are two subscriptions that will be available at launch – “No Ads” and “Custom PIN”.

How to remove Blackberry Messenger Ads

Advertisements can be removed from BBM for $0.99 USD per month with the No Ads subscription. This subscription removes all ads from your feed, and you will no longer receive sponsored invites from Blackberry Limited partners.

How to have a Custom PIN

BBM users with any active subscription get another little bonus – a badge on their avatar to show off their premium status. Take a look at the profile picture in the screenshot to see it in action.

You can view more on this development by clicking here

How to Advertise on BBM in Nigeria

For those who are interested in advertising on BBM in Nigeria, you can simply contact us via the form below and we will send you the requirements. We are operating as an agency to the accredited company for BBM ads in Nigeria. For more information about advertising, please do not hesitate to contact us.

Benefits of Advertising on BBM

By defining certain characteristics like age, location and interests, channel owners can ‘invite’ select BBM users to join their channel. These invites will appear in the invites tab of BBM, clearly marked as sponsored invites. As with invites from contacts, BBM users will have the control to accept the invite from the channel owner (subscribing them to that channel) or decline the invite.

If a BBM user declines an invite they will not receive invites from that channel in the future. BBM will be tightly controlling the number of sponsored invites a given BBM user will receive. They anticipate that they will limit these to a maximum of three per month. They will also control which brands/businesses are able to utilize Sponsored Invites; they want their ecosystem to be populated with high-value content that their users will find engaging.

Within the Updates tab in BBM, they will allow BBM Channel owners to place sponsored posts alongside updates from their BBM Contacts and the BBM Channels they are already subscribed to. In the spirit of being open and transparent, these sponsored posts will be clearly labeled.

Just as they give BBM users control over their privacy and contact list, they are extending this control to which channel owners are able to present sponsored content in their updates feed. For instance, you’re a Toronto Maple Leafs fan and you are presented with a sponsored update from a competing hockey team. You can easily block future sponsored updates from this other team. The benefit to you, the user is clear – you won’t see sponsored updates from channels you’re not interested in. But the benefit also extends to channel owners as well as they won’t be wasting time and resources reaching uninterested BBM users.

Cost of Advertising on BBM

How BBM Ads are charged in Nigeria

BBM Ads are charged based on impressions. This means that for every person that sees your ad for a minimum of 2 seconds, counts as 1 impression which is N0.77kobo. In this case you get more viewership of your ad compared to other online ad providers. It then depends on how attractive your ad is for people to either click on it or accept an invite.

If you also want us to set up facebook, yahoo, google, linkedin etc ads for you, we are at your service.

How to Advertise on Truecaller in Nigeria – Ads Cost Reviewed
June 26, 2018

How to promote your talent or skill in Nigeria
June 8, 2017

How to use Social Media for your Business
December 2, 2016

How to use Online Advertising effectively
November 18, 2015

Sign Up, Refer and Earn Points to Buy Perfumes

Showcase you Talents or Skills for Free

How to Promote your Website
Do you Need Animations?

Do you need help?

Fill in the form below to send us a message.

Send Message Cancel
check that
Loading Comments...
%d bloggers like this:
Our Clientele is not limited to Nigeria - Get in Touch to see how We can serve You Contact Us
Web Development Training for only N20,000 (71% discount) Register Now